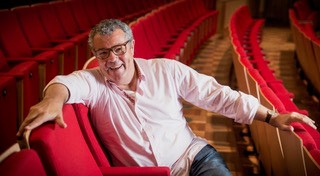 Topic: Without a Song

For the last thirty six years Stuart has been directing musical theatre and opera in Australia. He joined The Australian Opera as Stage Manager in 1978, becoming a Resident Director in 1981. In 1992 he joined The Royal Opera (UK) as a Staff Director whilst continuing to direct in Australia, regional UK, France and the USA.

In 1999 Stuart was appointed Artistic Administrator of Opera Australia, becoming Executive Producer 2004 - 2008 . His OA productions include Tales of Hoffmann, Manon, Gypsy Princess, Don Pasquale, My Fair Lady and A Little Night Music. His Trial by Jury, HMS Pinafore and Pirates of Penzance have been televised nationally on ABC TV.

Music Theatre productions include Australian tours of Dusty – The original Pop Diva and Shout!, Melinda Schneider’s Doris, Dirty Blonde for Darlinghurst Theatre, Little Women for Kookaburra and My Favourite Year, On the Twentieth Century and It’s a Bird, It’s a Plane ,It’s Superman for Neglected Musicals. Stuart also directed Music of Andrew Lloyd Webber which toured Australasia and Asia in 2012. Most recently he directed the 70th Birthday Concert for Andrew Lloyd Webber and the first concert versions of Phantom of the Opera in Seoul, Korea.

From 2014 to 2018 Stuart was General Director of New Zealand Opera where he has directed Candide, Tosca, Sweeney Todd and The Mikado.

Click on this link if you want to book a car parking at discounted price:

We are no longer accepting registration for this event